Warehouse Wins for some Loses for Others

One:
My Skeletal Warrior Hatched!!! Coincidentally it hatched in the Viktor Snowcrusher fight. :P 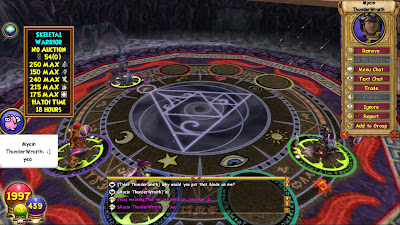 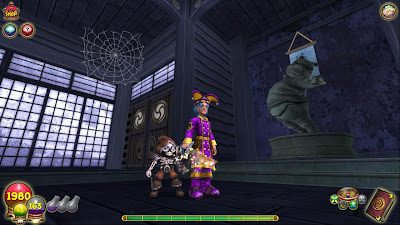 Okay now the Big news:
I decided to do the Warehouse with hopes to get revenge on Gloomthorn with Two Headed Wizard; Arlen Dawneyes, The Spirit Keeper; Benjamin Fairydust, and The Sorcerer of the Spiral; Malorn Willowsmith. Most of it was pretty uneventful. Here a random picture of me killing Stormclaw: 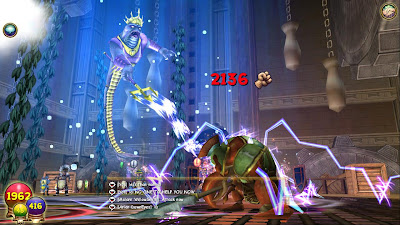 So we got to the top floor...
We killed the first rat no problemo but that turn Ben healed, this made Knuckles do the same... ZOMBIE RAT!!!!!!!!!! Then Ben, Arlen and I died, we used the "flee, collect health, sprint back to the top trick"(YEESH that's allot of floors! I ran into the battle just as Malorn died! I needed to fight them all alone! Soon when i was at half health Arlen got there we were about to die when Ben came. He healed us and Knuckles healed. We killed the two rats fast. Then knuckles killed Arlen. NOOOOOO Arlen was out of potions! He tried to get health when he got to the tower... too late :( Sorry Arlen. After a grueling fight we finally got them killed. 1 hour, 49 minutes, and 46 seconds after we started i had beaten the warehouse. Bens final strike on That ugly THING! 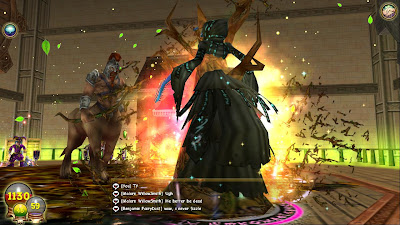 So tomorrow I'm gonna help Arlen do it again.
Goodluck against that THING!
-Kieran "the WEAVer wacker" Stormcaller
Posted by Kieran Stormcaller at 4:45 PM